Leaving a family after 16 years

My friend Jenn will be leaving her job this week. She has been with her family for 16 years. Her kids are 16, 12 and 8. Since I have been with my family almost the same amount of time she and I have a very close bond.
She has been blogging her last 10 days to help her through the sadness(thanks to Buffi for a wonderful suggestion) and she will be sharing them here starting this week.
I hope that you will all offer her some support and ideas as she goes through this transition.
I will be putting all the postings of support and encouragement into a drawing for a copy of "Like a Second Mother" and the winner will be announced Sunday June 21.

On Harriette's birthday, I had a very special comment on my blog that I didn't want you to miss.
It was from Sylvia, Harriette's first charge.
If you read the book "Like a Second Mother" by Barbara Blouin, you might remember the very poignant chapter in the book called "Closing the Nursery Door" which Sylvia wrote about her beloved nanny that she affectionately called "Rat"
Next week I will be posting my give away for the month of June which is a copy of the book "Like a Second Mother" by Barbara Blouin but right now I hope you enjoy this note from Sylvia.

You know how people say you never truly appreciate your parents until you have children yourself? The same holds true for your nanny.As I fumble through raising my daughter and son (10 and 8), I sure wish Rat were here to give me advice ... and make me laugh.

I knew the young Harriette, who let my sister pierce her ears with a needle at the kitchen table and loved Elvis. I never got my chance to take her to Graceland.

BTW, I am at the start of a long and slow project to write a biography of Harriette, who moved into our house at age 19 to be my nanny and never dreamed she'd be a labor activist. If you'd like to share a memory or comment about Harriette ... or would be willing to let me interview you about Rat, the nannying profession, or any other tangent, please drop me an e-mail at sylvia.whitman@gmail.com.
Just g at 4:58 AM No comments:
Share 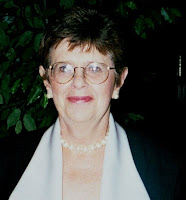 Over the past two weeks, Alice and myself, have given nannies the opportunity to win an INA membership for the upcoming year. It is valued at $95. We tallied the entries from the 31 nannies who entered and used random.org to draw the number. The winner is:

Thank you everyone who shared with others and entered our contest.
Please consider joining INA.

The INA Contest has ended.
The winner of the INA Membership will be announced tomorrow probably in the afternoon because Alice and I both have things going on tomorrow.
Thank you to all who participated.
Please don't hesitate to share your thoughts, ideas and suggestions with me.
Just g at 9:30 PM No comments:
Share
‹
›
Home
View web version